When Transformation Becomes the Ordinary Experience For Each Of Us! 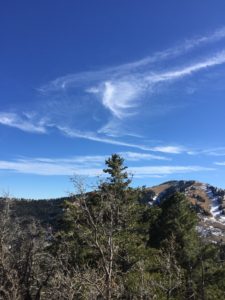 07
OCTOBER 2017
I have been granted seeing through a new lens of perception over the past 11 months! It began for me right before the election of Donald J. Trump followed by my watching what seemed to be chaos and turmoil , as many people all over the world put on a cloak of fear and anger.

I watched as thousands of refugees all over the world were ostracized and turned away. I listened in anguish as young Afro-American males faced the highest rate of police killings in 2016. I was shocked to hear that an actor who portrayed a gentle, loving role model on television in the 1980’s was accused by a multitude of women of sexual assault . I observed social media turning into a frenzy of friends spouting hatred and anger toward each other as opposing beliefs and opinions spread like wildfire. I cried in despair to hear of mass killings all over the world as mentally ill and raging murderers obtained arsenals of weapons. In my hometown of Charlottesville, Virginia I was overwhelmed with grief when a group of White Nationalists came into this peaceful town and inflicted violence and extreme racial prejudice. Then came a series of hurricanes and earthquakes affecting not only my country, but other parts of the world.

Other unforeseen incidents occurred that all together seemed like a horror movie unfolding daily. What possible good could be extracted from these scenes? I am here as a witness to the silver lining in spite of the surface insanity! I was given a new pair of glasses to view the world because I believed what I was observing was not what it appeared to be! The silver lining is this in a nutshell….that which was covered underneath decades of denial is now out in the open. Racial prejudice, gender bias, media exaggeration, hatred, and political greed is no longer hidden under a proverbial rock. We can thank the current government administration for being the dark force that has allowed the cracks of light to shine into every living room and into every heart .

In my perception I am grateful…not grateful for the deaths, for the harm, for the abuse of people and the planet …but grateful that the transformation of the majority of us walking around like ostriches with our heads stuck in sand have slowly yet continually awakened ! The transformation is an everyday event….it is becoming a common occurrence of an ordinary experience! We are living in an onslaught of miraculous events that stem from daily activities. The number of us who know without a doubt that no one is going to save us , not our government, not our ancestors, not our religions is increasing weekly. Like hearted people are embracing the fact that we can and are re-creating our world. We are remembering wise sages such as Gandhi telling us “Violence separates people, but the search for truth is a communal enterprise in which we have to work together” and Nelson Mandela who said :”It always seems impossible until it’s done.”

When we each see that each moment, each day, is filled with an opportunity to transmute and transform the usual routines into exciting and explosive magical events in our lives we will choose to rise above the fear, rise above the chaos, and embrace every 24 hours not as terrible situations, but as light filled templates of a new vision for a world we are creating together, and we will soar into peace-harmony- and contentment! Multitudes of visionaries are my friends, my comrades, my allies, and my tribe. We are not alone…we are growing in numbers because we are choosing to be the change we want to see in the world. Do not give up before the miracles you have only dreamed of become the only reality you and I see in our world!

This entry was posted in Uncategorized. Bookmark the permalink.